Fire Boar has been independently audited and has achieved system compliance or is in the final auditing stage of the following:

AS/NZS 4801:2001 is an Australian and New Zealand standard for Occupational Health & Safety systems.

AS/NZS 4801 outlines the requirements of Fire Boars efficient safety system. It shows interested parties and stakeholders that Fire Boar is committed to the safety of workers and providing a safe work environment.

ISO 9001 outlines the framework for your management system standard. ISO 9001:2015 International Quality Management standard. It is a strategic activity that assists business performance improvement and provides a sound basis for consistently delivering products and services that meet stakeholder’s requirements.

ISO 14001:2015 is the internationally recognised standard for Environmental Management Systems.

At Fire Boar we believe all injuries and incidents are preventable. Our safety vision is ‘to achieve zero harm in the workplace’.

We strive to live and breathe our safety culture at Fire Boar. This means a commitment to continuous improvement and innovative safety initiatives to preserve the health and safety of our most precious resource – our people.

At Fire Boar we pride ourselves on our robust and user-friendly safety management system. This system is the collection of standards, processes and tools that guide us in managing our safety responsibilities. Fire Boar has a working "Safety, Environment and Quality Management System" (SEQMS) that was developed in consultation with external safety specialists, risk management professionals, operational managers and our workers to provide a one-stop-shop for safety that is understood by all.

The policy positions managers as safety leaders and role models, establishing a system of safety management which starts with responsible, accountable Executive Governance. Employees, contractors, volunteers and visitors are supported to work safely together. The reporting of all hazards and incidents means that we identify trends that may lead to injuries and take action to develop solutions. Following requirements, employees at all levels consult regularly on safety matters to comply with all legal obligations, to meet industry standards and to deliver business outcomes for clients.

Fire Boar is a signatory and partner with the Queensland Governments “Exit Cycle Program” which is designed to promote the recycling of Ni-Cd batteries, ensuring that the materials are safely recovered as opposed to being disposed to landfill. As a facilitator within this program we pledge to recycle at least 95% of emergency and exit lighting batteries.

Fire Boar holds an “Extinguishing Agent Trading Authorisation” (Certificate # EATA 10132) and is approved in accordance to the Ozone Protection and Synthetic Greenhouse Gas Management Regulations 1995 to acquire, store or dispose of extinguishing agents that are for use in or have been used in fire protection equipment. Fire Boar is also licensed in “Asbestos Removal” (License # 2304744).

If you are in a commercial or industrial building, chances are you can see an emergency light somewhere nearby. They are an essential part of a building’s design for the safe egress of occupants in the event of an emergency. The sheer numbers of emergency light fittings and the need to have back-up batteries replaced if they fail routine testing is causing large amounts of nickel cadmium (Ni-Cd) batteries to end up as landfill. With only a 5% recycling rate, it is estimated that 90,000kg of cadmium is disposed of in landfill each year due solely to expired emergency lighting batteries.

In terms of heavy metal recycling, great emphasis is given to mercury due to its well-known hazards and toxicity. Less widely known is that cadmium contends with mercury in many aspects of toxicity and detriment to the environment and human health. Emergency lighting batteries do not contain mercury; most are made up of lead and cadmium.

Lighting Council Australia, with the support of the Queensland Department of Environment and Heritage Protection, has launched ExitCycle to promote the recycling of Ni-Cd batteries, ensuring that the materials are safely recovered as opposed to being disposed to landfill. ExitCycle will be run along similar lines and draw valuable lessons from Lighting Council Australia’s very successful scheme FluroCycle, which was created to increase the recycling of lamps that contain mercury.

The scheme was officially launched on the 7th of October 2015 as a 12 month pilot project in Queensland. The primary reason for basing the pilot in Queensland was due to the support of the state’s government; however Lighting Council Australia’s Chief Executive, Bryan Douglas, is optimistic about its location saying that “Queensland is very suitable for this pilot project. It will provide valuable lessons for us in getting batteries from both a major metropolitan area and regional centres to recycling centres”. At the end of the 12 month pilot, ExitCycle is hoped to become a national scheme.

To support the scheme, organisations are invited to become one of two types of signatories. Licensed electrical contractors, emergency lighting and fire companies, battery recyclers and collectors can sign up to be Facilitators and commit to promote the scheme to commercial organisations. Private and government sector organisations such as shopping centres, offices, airports, hospitals and industrial sites are able to become a Commercial User and pledge to recycle at least 95%, if not all, of their emergency and exit lighting batteries.

Fire Boar is recently signed on to become a facilitator within the scheme. 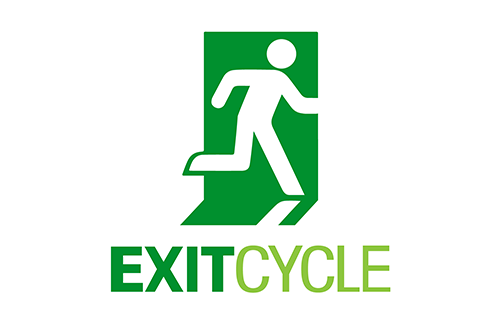